The first place I visited in Egypt (after catching up on sleep) was the Egyptian Museum in Cairo. This was an easy walk from the hostel, and after the heat in Abu Dhabi, the walk actually felt rather pleasant. 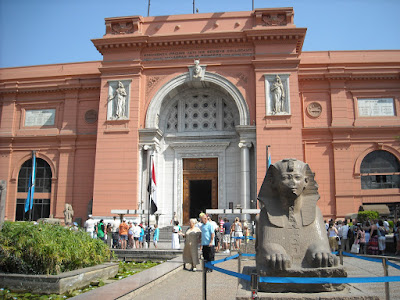 Photos were not allowed inside the museum, and I had to check my camera at a will-call booth before going through security to access the museum interior. They neglected to take my iPhone. At one point, when I was alone, I quickly snapped a picture of a particularly large statue: 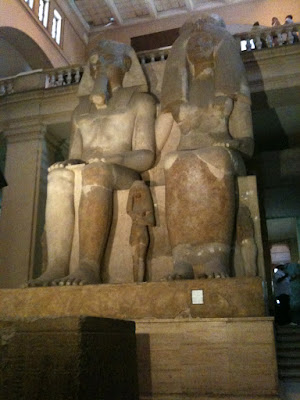 As soon as I snapped the photo, a security guard popped up out of nowhere and chewed me out. I kept my phone in my pocket after that, for fear of getting it confiscated.
The next day I made a trip out to the Pyramids at Giza. As it turned out, the Taxi driver I chanced upon took me the long way around in order to increase his fare. On the plus side, I got better look at Cairo. One thing that stuck out was the massive number of brick and concrete tenements that were going up. 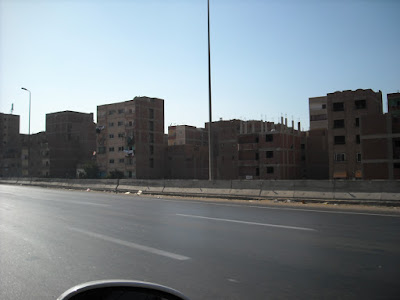 Many of these were very poorly constructed. Apparently they were a state-run program to house the poor. I don't know where all these poor people had been living before, but there were a LOT of these buildings going up.
When I got to Giza, I found out that they closed early during Ramadan, and I had arrived too late. My taxi driver had known this all along, and offered initially to set me up with a friend of his who could get me through the fence. When I refused that, he wanted to take me back, and pick me up in the morning. I left his cab and walked around a bit, snapping a photo through the bars in the gate. Then I found another taxi, which took me back to my hostel in a third of the time as the trip out. 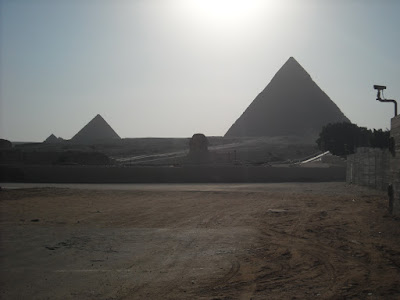 The next day I hired a driver and car through the hostel for the day, which worked out much better. I took a camel ride through Giza (and paid five times what I should have. I take solace in the knowledge that Egyptian currency is relatively worthless), visited a papyrus museum and a rug-weaving school, and walked inside the Red Pyramid at Dahshur. A complete set of photos (with additional commentary) can be found here. 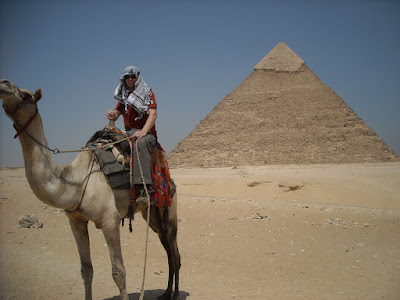 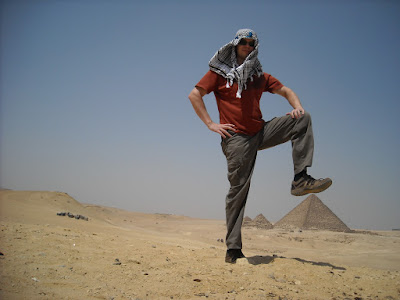 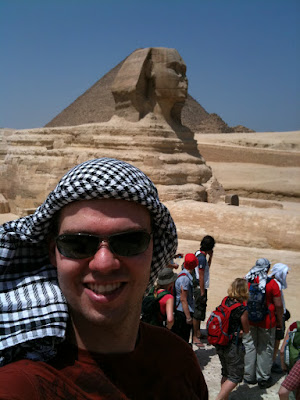