I arrived in Egypt at Terminal 1 at the Cairo International Airport. After purchasing an entry visa for $15 American and pulling 200 Egyptian Pounds (which turned out to be about $35) out of an ATM, I made it through customs and out into the open air. 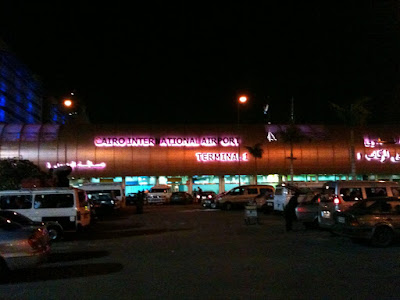 On the plane I met Hathim (on the right), an American from Philidelphia, whose mother is Egyptian. He had just been laid off, so he was visiting family on his mother's side. His friend Mohammed (left) bragged that he could find me my hotel faster than any taxi. I took him up on it, and after 45 minutes and stopping to ask directions 6 times, we finally found it. 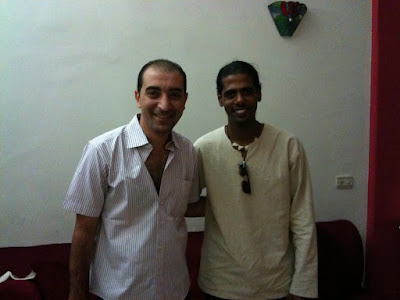 I rented a private room at the Meramees hostel, because I had found out online that only the private rooms had air conditioning. I love the internet. Actually, I recommend it. The staff was great, the rooms were clean, the AC worked, and it was dirt cheap. Only downside: It was on the fifth and sixth floors, and the elevator was an antique that I really didn't trust with my weight. 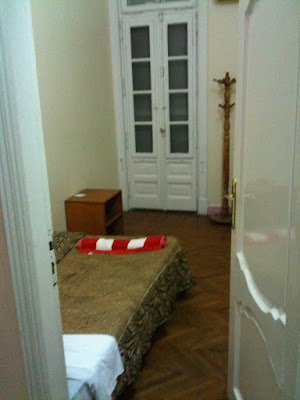 I had a great balcony on my room as well. This was the real Cairo - pedestrians and cars fighting for space on the roads, street vendors and stores of all stripes (I was cajoled, dragged almost, into a perfume shop two blocks from the hostel), and a mosque one building over. Other people complained about the 6am call to prayer, but I never even heard it. 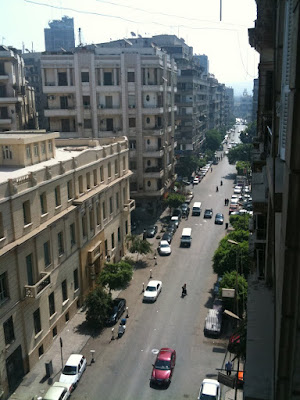 The common area was a great place to end the day, meeting new people, comparing stories and journeys, and giving advice on avoiding scams. It's pretty weird at this point in my life to be the least-traveled person in the room, but it happened pretty often on this trip. Also: trying out the local garb. 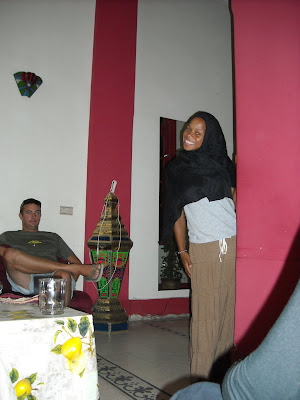 Up next: Playing Tourist.