While I was away in the Middle East, the company apartment I live in was moved from one apartment complex to another one approximately two miles down the road. Before I left, I stashed all my stuff at a coworker's place for the five weeks I'd be gone. So my first full day back in the country was spent moving in to a new apartment.


Fortunately, I live a relatively unmaterialistic life at the moment, as I know the important stuff has to fit in a suitcase at a moment's notice. So I was able to completely move house in two easy car loads in my little Honda Civic. The new apartment had been decorated by an apartment-management company before I arrived, so some if it is definitely not "me" but I'm sure that will change over time. Here are a few shots of the new place, more or less before I moved in: 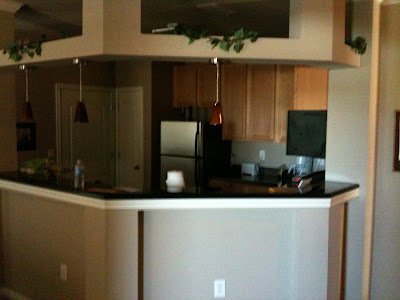 The Kitchen. There's a washer and dryer in the closet through the door on the left. 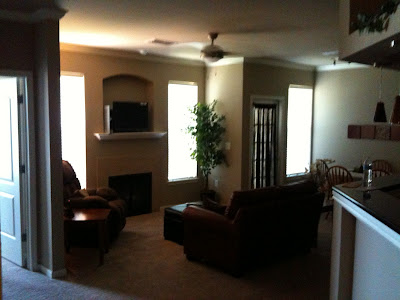 The Living Room. The TV is pretty dinky, but I don't watch much TV these days anyway. On the plus side, there's a DVR, which I've never had the pleasure of using before this apartment. And I positively love the armchair on the left. 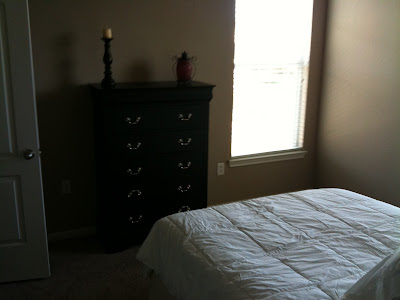 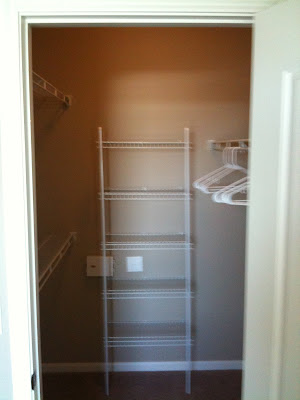 A huge closet, which I am very happy about! 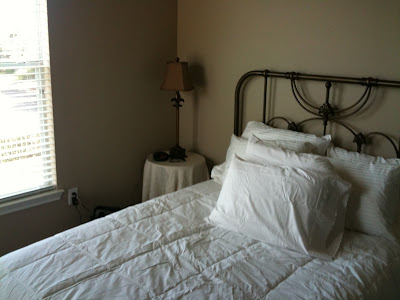 Why the decorators thought I (or anybody, for that matter) would need six pillows is beyond me. Beds are short enough as it is! Losing two feet of real estate to cushions would mean my legs would hang off the bed to the knees!
So, that's the new apartment. I'm sharing with two roommates: Yalin, the Chinese drilling engineer I roomed with before; and Abid (pronounced Ah-beed), the Regional Safety Manager who's slumming it with the junior engineers until his family moves out here from Houston in December. We each have our own room, though I'm sharing a bathroom with Abid.
I'll post some "After" pictures this weekend.