Road trip back to Midland

Once my course in Houston finished, it was time to drive back to Midland. Brianna flew down to Houston and joined me for the trip, on the first weekend of March.
On the last day of my course, Friday, the "Check Engine" light in my car lit up. So instead of heading out Saturday morning, the car spent a large part of Saturday in the garage to get the timing belt and water pump replaced, while Brianna and I visited the Galleria Mall and watched "The Adjustment Bureau." In the late afternoon, the car was ready, and we drove to San Antonio, about halfway to Midland.
Sunday we visited the Alamo and the San Antonio River Walk. There was a Re-enactment going on that weekend, so there were a lot of people walking around in period costume, which was pretty interesting. 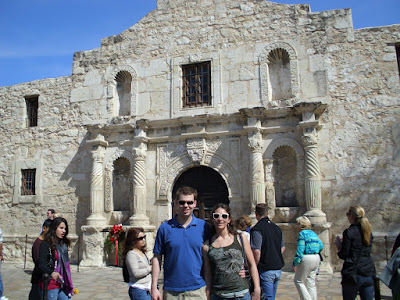 After touring San Antonio a little bit, we continued on to Midland, and Brianna got to meet my roommate and check out my apartment. (She thought the decorations were very "corporate apartment").
On Monday we went to Carlsbad Caverns, which I think is the most impressive feature within 500 miles of Midland. This was my third visit to the Caverns, and it was a lot of fun to see Brianna experiencing and reacting to the incredible rock formations. 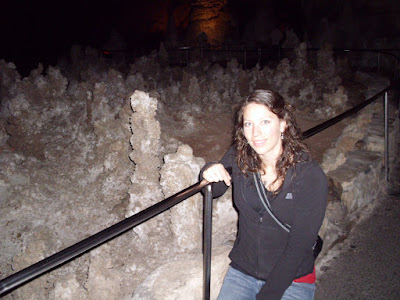 And Tuesday morning I brought Brianna to the Midland airport, where we had to say good-bye, until the next visit!


As usual, there are a few more pictures here.
No comments: