Why I love my Kindle

"Towers of Midnight," the latest book in the Wheel of Time series (only one more to go guys!) was published last week. There's a lot people arguing whether books or ebooks are a better way to go, squaring off on everything from aesthetics to economics to physics. And there are plenty of people willing to argue about whether the iPad or the Kindle is a better way to go. I'm not going to get into that in this post. I'm just going to show you some photos comparing the 850-page hardcover book to my first generation Kindle: 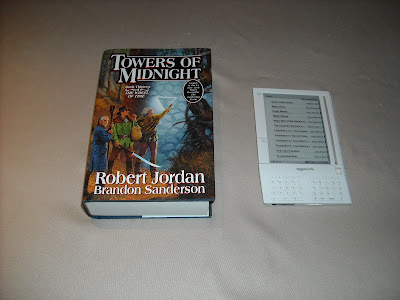 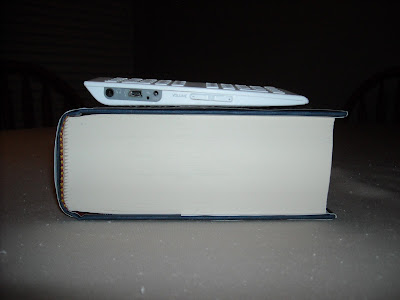 Yeah, that's not a book you can read one-handed. Also, I have the entire series preceding this volume (12 books, all a similar size to "Towers of Midnight") loaded on the Kindle, along with roughly 100 other works.

Not a really big deal when you're at home, but when you're on the road or on a 16-hour flight, it's a huge difference.